The security issue about the system communication of the Android components is a critical point faced up by researchers in the last years. In fact, a lot of tools and applications have been developed to test how a certain app reacts if it would be triggered by a Spoofed Intent.

Our project is born after an evaluation of the existing tools in the same application domain. The massive idea is studying the weaknesses of these tools and fix them in order to build a complete tool for the analysis and testing of the vulnerabilities in the Android components communication.

This app is mainly designed for:

Doapp has been designed to operate through the following five main phases: 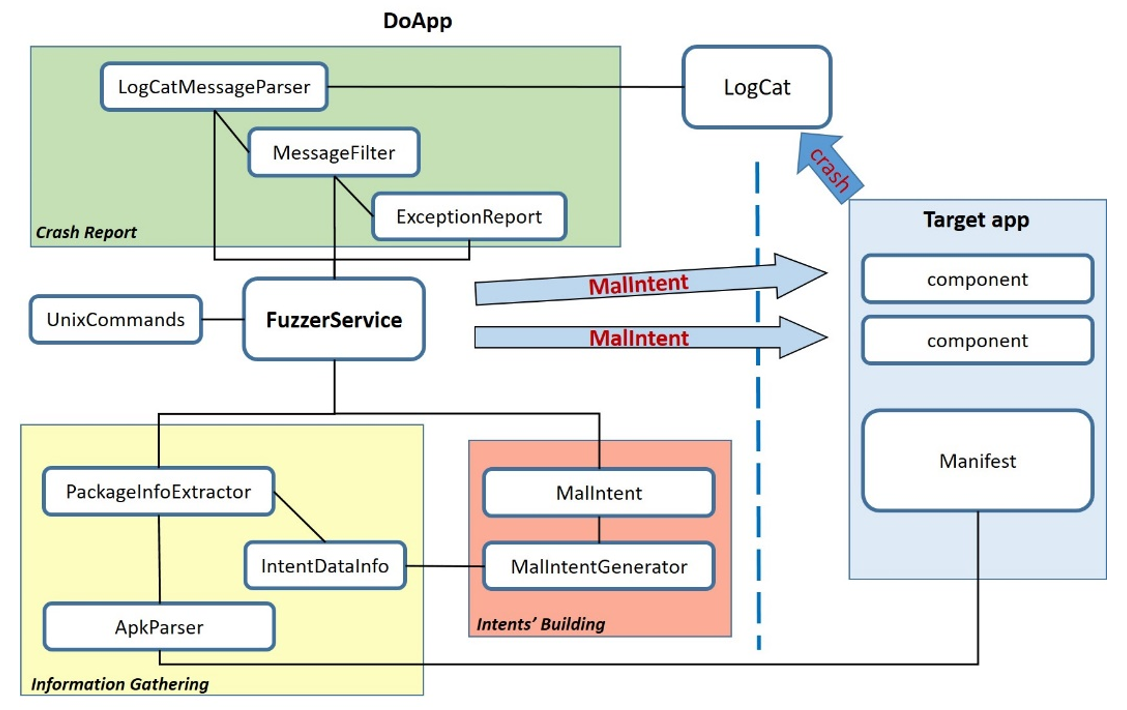 Using the developed app, we tested several applications discovering that one application on three showed some weaknesses. In the table we report the results of our test: 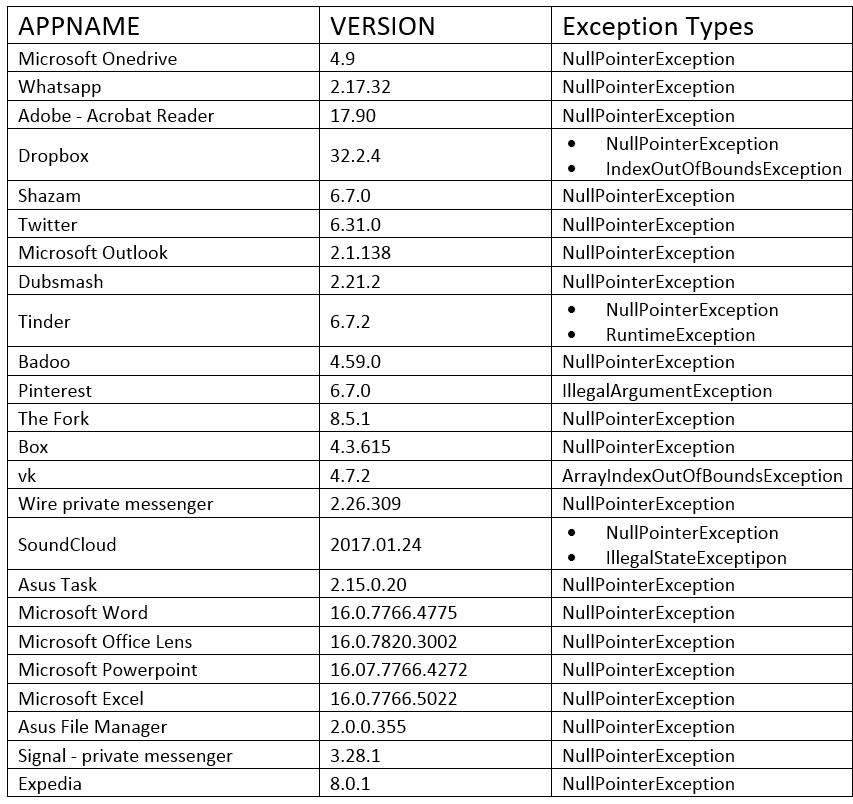 Link to the project: